'Cross Season Off and Going...

The kick-off to Missouri 'cross racing for the past several years has been Jeff Yielding's Dogfish weekend in Hermann, MO and with sad news of it being the last year of this event I didn't want to miss it.  Jeff and his crew puts so much effort into their events and makes sure all racers and spectators gets the best from their experiences.  This year the Saturday event, typically a night race, was moved to day time hours so everyone had a little earlier start than past years.

Rolled up in the Kuat sprinter and set up the compound.  Kuat is providing our team with the sprinter for all our races this year so that is way beyond awesomeness!  Roll open the door, set up a canopy, wind blade, and bike stands and we are set.

Course was typical Yielding with a handful of dismounts and stairs (bummer we didn't go to the top), a couple of sand pits (short, but deepish) and a whole lot of turning.  Temps and conditions were great and time to get it started.

Smaller fields than in the past in the masters races, but still a quality top handful of guys including one who was in on business from California who dropped in for the weekend.  Off we go on Saturday and the Cali guy and I immediately have a gap which held until the last lap.  Having swapped pulls the entire race it was game on on the last one.  I put in an acceleration early over a barrier and he ended up washing out in a corner and not able to regain contact.  1st win of the year felt good.

Day 2 I woke and grabbed close to 2hrs rolling around Hermann and the Katy Trail a couple hours prior to race time.  Pretty much the same course and racers with the addition of a couple.  I felt pretty good warming up and decided to make the first couple laps high effort and see where everyone was at.  From the gun I forced a gap and kept growing it until the finish.  Win #2.  Good way to open the 2015-16 season, but also knew this was probably the easiest my schedule would be all year. 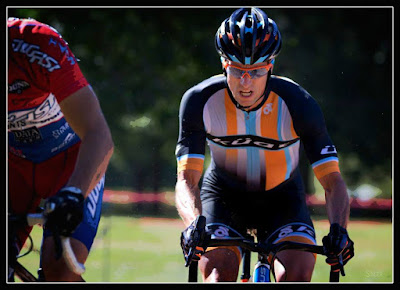 HUGE thanks to Jeff and Dogfish for so many years of great venue/event/racing and all the memories.

Solid week of training and it was time to get to the next race weekend...

Up next was a trip north to Des Moines' Night Cap Cross held at a great downtown bar scene.  I've made this trip to Rob's race for the past three or four years and it's a staple for early season racing.  As a bonus for the trip Deb was free so she jumped in for the fun.

Arrived at the venue and Rob landed us the primo spor to set up the Kuat compound; quick setup and it was off to take a look at the course.  Subtle changes from years past but still pretty basic which meant 1,000,000 turns.  Temps and course conditions were great.

Nice turnout for the masters races and in my 45+ most notable was Jim Cochran, 4th at nationals last year, so it was a race for 2nd - ha!  Off we go and sure enough Jim is gone and by the end finished 2nd with a decent gap on 3rd.

Kicked back for a bit with Deb and we even got in a nice hour ride on Des Moines city trails.  Before you know it it was time to line up in the Open race.  Really thought seriously about skipping it as Father Time has been whispering in my ear as of late letting me know I am not as young as I used to be...

Good turnout and field in the Open and even after a good warm up it took three laps before my legs loosened up and I felt like I was racing.  By then the competitive front of the field was gone.  Rode a good tempo but in the back of my mind was reminding myself to save some for the next day.  15th by the end; not my best but not horrible.  Went to bed cooked...

Up the next morning feeling tight, but after a good spin around felt better.  Teammate JP Brocket made the drive to DS and jumped in the Master 35+ race.

Solid field in the masters again and even with Cochran out there were a handful of Open guys racing the masters on Sunday.  Jon Nelson, super nice guy from SD, and I got off the front with a narrow gap over a couple guys and after 2 laps I had gapped Jon by just a tad.  On the last lap hHolding onto a narrow lead into the very last corner before the finish I over-cooked it and went down.  By the time I remounted and got going Jon was on my wheel and in the sprint finish he got me for the win; another 2nd.  Would have liked to not raced the Open the night before but that's hindsight...  JP won the 35+ race. 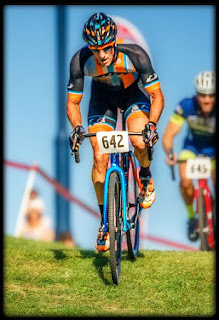 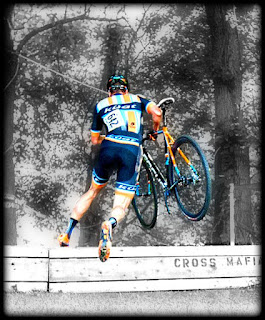 
Loaded up and headed back home.  Great weekend of racing and hanging out with Deb.  On the drive up and back we knocked out the book 'The Martian' and it's a great read!

Up next after a weekend at home is TrekCXC in Waterloo, WI Oct 10/11th.  Going to be fun!

Best Racks in the BIZZZZ 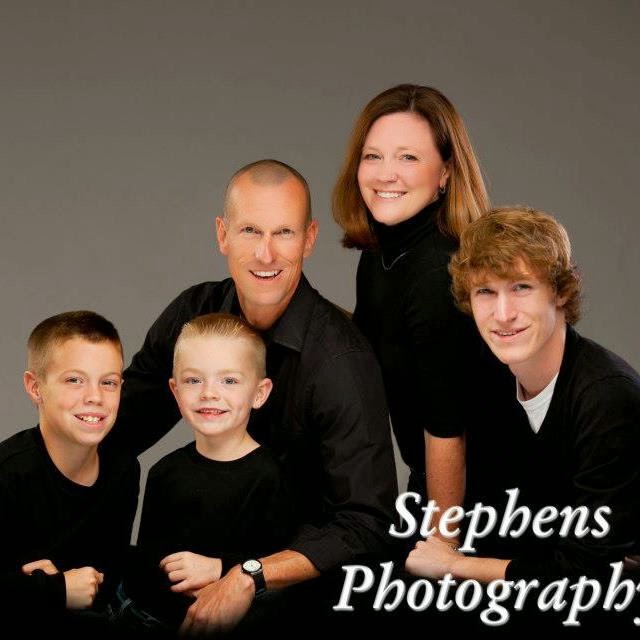